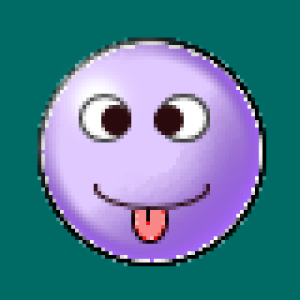 Have you ever wondered what those shiny metallic green beetles you encounter ever so often are when enjoying the beautiful, lush outdoor scenery?

These shiny green beetles boast various bynames in different countries, but are more commonly known as Green June Beetles or simply called June Bugs. The ‘Green June Bug’ label is fitting, as adults make their buzzing appearance in the month of June.

Description of the Metallic Green Beetle

The shiny green beetle’s eggs are oblong or oval in shape and have opaque grayish shells. Unlike the eggs of other bugs, the female green June beetle burrows underground and deposits the eggs there, which takes about 14 days to hatch.

The emerging larvae – more commonly known as grubs – are worm-like with translucent white bodies. They have three pairs of legs and a dark brown head.

These small shiny green beetles only grow to about 1-inch in length and half an inch in width.

Green June beetles have a relatively long life cycle and are only capable of producing new off-springs once a year.

Eggs of the metallic green beetle are usually lain on loamy to sandy soil around the end of the summer season and hatch after two weeks. The grub will continue living underground for almost a year; feeding on decaying organic plant matter, roots, shoots, and even poop up until winter months.

And then, these grubs will pupate around springtime. Come summer, usually around the middle of June, adult green June beetles will start emerging aboveground up until July.

The most destructive stage of these metallic green beetles is during its larval stage. And, it’s all thanks to the seemingly insatiable appetite of their grubs and their powerful chewing mouthparts which can practically chew even tough plant parts.

Although not as destructive, their adult versions are also considered as pests since they gouge out fruit peels and often bury themselves within the flesh as they feed.

These metallic green beetles love over-ripe or decaying soft fruits and even flowers as adults. But their grubs fancy a different kind of meal, mostly feeding on grains like oats and sorghum, as well as corn and some other vegetables, ornamentals, and even turf grass.

There are a few management practices when dealing with these shiny green beetles. Ensure to check for the existence of green June beetle grubs by cutting small random sections which are about 4 inches by 4 inches big on turfgrass.

Use recommended pesticides in order to kill these green metallic beetle grubs, but take caution when applying it.

For fruit orchards, once you see a few green June beetle adults buzzing about, it’s already a sign that they may have fed on some of your ripe fruits. You can also check for physical damages on the fruit’s surface.