10 Best Insects to Eat If You’re Jumping into Entomophagy 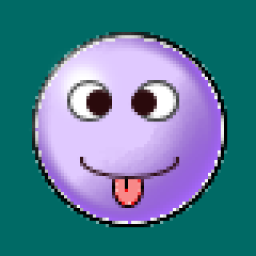 By The Bug Agenda

Entomophagy is a sustainable and nutritious way to eat. If you’re looking for some of the best insects to eat that aren’t only nutritious but delicious, here’s a carefully selected list of the best tasting insects. 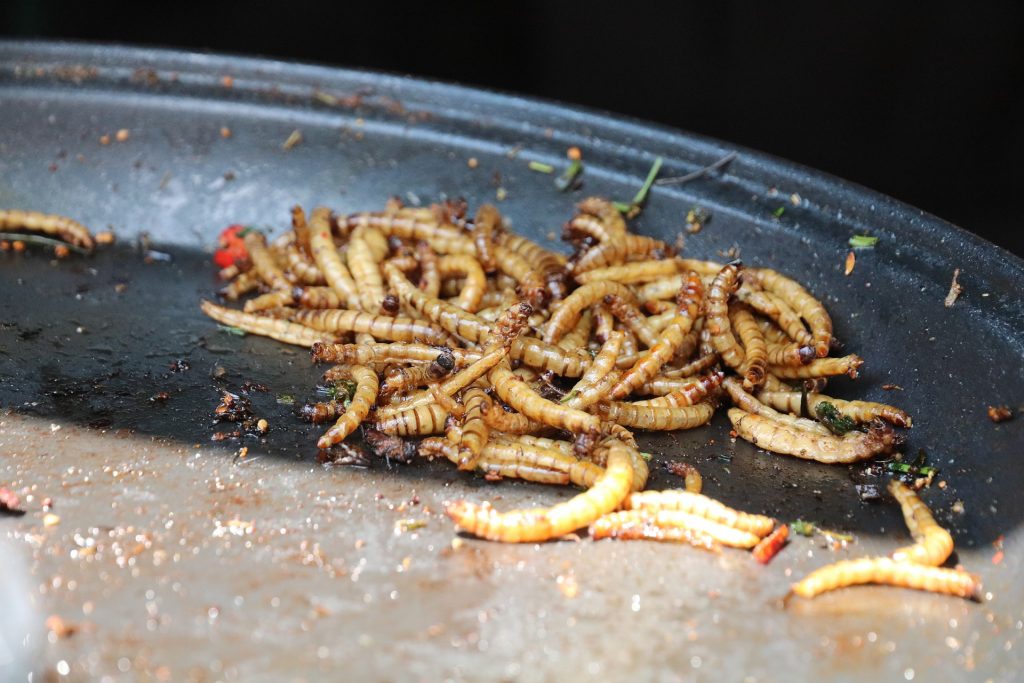 Mealworms cooked and ready to eat

Do you have a craving for bugs? Rather than snack on junk food, would you prefer your mouth water with an edible insect?

Or, are you thinking about eating bugs but don’t know where to start?

Don’t feel alone…or pressured. Roughly 2 billion people are already eating insects and, let’s be honest, we all eat a bug or two without awareness.

Eating insects is a thing, and many people are turning to entomophagy because it’s a sustainable way to dine.

Not only are insects stacked with protein and minerals, but they are low-carb sources. This means if you’re watching that waistline, it won’t be adding an inch any time soon on this particular diet.

If you choose tasty and sumptuous bugs that are prepared correctly, eating edible insects could turn into a hobby, or lifestyle (your choice).

Before chatting about the best insects to eat, let’s look at a few reasons why it’s in your best interest to eat bugs.

Why Should We All Be Eating Bugs?

You probably know someone who sees bugs as wriggly and gross. To each his own. Either way, that doesn’t take away from the deliciousness and mouth-watering, tasty leg of a cricket.

In addition to their lusciousness, here are other worthwhile reasons to turn insect-eating into mainstream cooking:

There are so many other reasons why eating bugs could prove beneficial. This list could go on, but the aim is to chat about the best insects to eat; shall we get into that?

10 Best Insects to Eat that are Tasty and Delicious

This list curates some of the best insects to eat, some of which are seen as delicacies in some countries. When whipped up the right way, you’ll likely find them tastier and healthier than the products you currently eat

These worms are so named because they feast on the leaves of the mopane tree. They are common delicacies in Southern Africa. Locally, mopane worms go by different monikers, including phane, macimbi, omagungu, and mashonja. Scientifically, they are called Gonimbrasia belina.

Macimbi worms make a colorful dish and are prepared in different ways.

To see how the people of Zimbabwe enjoy this culinary delight, here’s a recipe to pique your interest. Before you run off to cook up a storm of mopane worms, you should know they are a rich protein source.

If you prefer more detailed instructions for cooking these delicacies (yes, there is a process) check out the accompanying video.

The best part is crickets and grasshoppers meet the amino acid requirements for a consumer diet. Crickets also contain micro-nutrients, including:

Overall, they can create a healthy dish that supports growth and development. To learn how to prepare crickets and grasshoppers, here’s a recipe.

Maggots carry a bit (okay a lot) of ick-factor to their name, but they are nutritious when you look beyond the exterior.  The adult black soldier flies can be eaten, but their larvae are more preferred. According to Feediepedia, they contain some 40–44 % DM protein and about 15-25% fat content. The fly’s larvae are phosphorous and calcium-rich.

Some find the larva delicious, with an almost potato taste and a little nutty and meaty flavor.

You should know that adult black soldier flies resemble wasps, but don’t carry a stinger. By the way, they make awesome, delicious fish feeders (just in case you have pet fish *wink wink*).

These don’t ascribe to the insect label, but that doesn’t mean you can’t toss them in a salad or soup. Earthworms are delicacies for fish and birds but are just as good to jazz up homemade cuisines.

They may not be appealing in a dish, but there’s the option to unleash your culinary skills and make your earthworm dish as colorful as you want. Many Chinese enjoy pitching their earthworms with scrambled eggs.

The ball is in your court to make it what you wish.

Earthworms leave an icky feeling in the mouth, but that’s when eaten uncooked. There is a delicious sweetness to them and they’re best swallowed, against chewed (that’s if eaten raw). This sweetness is somewhat equivalent to the sugariness of Jerusalem artichokes.

These slender worms are replete with protein and nutrients. With water-dense bodies, some 80%, earthworms are tremendous at quenching one’s thirst.

Word of caution: Some say red wigglers (Eisenia fetida) are poisonous so be careful what earthworms you gobble. You can source your worms from a good supplier or pick up the hobby of growing them yourself.

The Common Woodlouse or Pillbug

The common woodlice (Oniscus asellus) has a slight shrimp/prawn-like appearance. Their tough, armor-like exterior may seem intimidating, but this shouldn’t be a cause for concern, as they don’t bite.

It’s common to find these prehistoric-looking crustaceans lurking under dead branches and stones. Some insect-eaters tout that these edible insects carry a synonymous taste to young shrimps or crabs.

Woodlice are best enjoyed and safe when cooked, to neutralize harmful bacteria. Always ensure to boil before eating, even if you’re looking to fry them.

Their exterior is crunchy when bitten and the meatiness of their flesh is sweet. If you’ve ever experienced the taste of umami, you know exactly what this “sweetness” tastes like. Woodlice provide a great source of protein, and although they aren’t filling (when eaten sparsely), it’s a treat to have.

You may want to stay clear of woodlice if allergic to shellfish. Either way, this is one of the best insects to eat.

Mealworms (Tenebrio molitor) are the larvae offspring of darkling beetles. Unlike woodlice that are prominently found in the United Kingdom, these grubs are more readily available.

Some say mealworms are on the bitter-earthy side, at least when gobbled uncooked. When roasted, they emit a peanutty flavor.

Much like tofu, mealworms are famous for assuming the taste of what they’re cooked with. If frying is the method of cooking, ensure to dig into your spice cabinet and add some flavor to it, as it’s often referenced as being tasteless when fried. This is your perfect opportunity to get yourself some barbecue or jerk seasoning to take your insect-eating journey to another sphere.

Like many other insects on this list of the best insects to eat, mealworms are also rich in protein. If you know what you’re doing when cooking mealworms, it can turn into one of the best tasting insects to ever ‘crawl’ across your lips.

You might hate seeing ants roving about in your home foraging for food, water, and shelter, but could you enjoy seeing them on your dish?

Black ants (Polyrhachis) are some of the best tasting insects worth adding to your diet, and are rich, healthy sources of protein. With a lemon-citrusy taste, black ants are great when sprinkled on salads or cuddled between slices of bread for sandwiches.

Not only do these make great meals, but according to Science Direct, Chinese black ants are reputed for their “kidney tonifying and anti-inflammatory properties.” They are slightly crispy and delectable to the palate.

The world is changing with edible insects, although bugs have been enjoyed for centuries by some nationalities.

Manchurian Scorpions are also called the Chinese scorpion. This treat made the list of best insects to eat because of its varied tastes.

Some insect-eaters report that salted Manchurian scorpions taste like popcorn, while others boast about its ‘shrimpy’ flavor. Still, others say the taste is ‘indescribable”.

It’s an interesting addition to any dish. In fact, it’s a great addition to use as a garnish, in a cocktail, or in a shot.

How about a tropical twist?

Palm grubs (Rhynchophorus ferrugineus) are among some of the best tasting insects to eat. These sago grubs are plumped and loved for their creamy texture when boiled. Palm grubs are progenies of the palm weevil.

Not surprisingly, grubs are rich in unsaturated and polyunsaturated fatty acids, the sort you’d want to eat. Palm grubs are widely eaten in Asia and are often cultivated for said purpose.

There are endless ways to prepare palm grubs into tasty morsels. Don’t be afraid to get your thinking cap out, and whip up something mouth-watering.

Depending on the locality, mezcal worms are known interchangeably as red worms or maguey worms.

Although the term mezcal (mescal) is often used in reference to the agave plant that is used to make an alcoholic drink, the drink may also assume the name. Hence, it’s not uncommon to be served a bottle of mescal, only to find the maguey worm sitting at the bottom in the name of flavoring.

Mezcal worms are popular sightings in Mexican cuisines. They carry an umami and salty taste and are often fried or stewed when cooked alone.

Like palm grubs, they are plump and can be cooked using a variety of spices to appease the tastebuds.

Now that you’re equipped with some of the best tasting insects to eat, are you ready to head out into the world of entomophagy? Let us know in the comments if you have any suggestions of some of the best insects to eat that we didn’t add to the list. Also, come back to share with us your bug-eating experience.