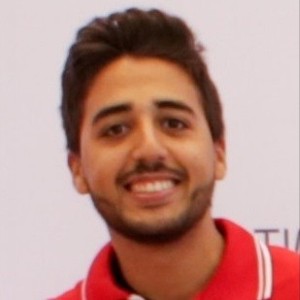 10 Exotic Bugs That Made Their Way into America

Exotic bugs are responsible for considerable changes to the local environment and knowing their role in nature is essential. Here's a list of 10 exotic bugs that have made their striking presence known in America.

You might have crossed some fascinating animals that made you curious about their origin and way of life. Maybe in a posterior moment, you discovered that an incredible creature was actually from a distant location, perhaps from another country, or even from a different continent. Animal species that don’t occur naturally in a particular geographical area are classified as exotic, and a significant example of this type of animal is exotic bugs.

Whether by natural environmental conditions or by anthropological actions, they are introduced in a completely different locality from their natural habitat, bringing changes to the local biodiversity.

10 Exotic Bugs That Made Their Way into America

Exotic bugs are responsible for considerable changes to the local environment and knowing their role in nature is essential. Here’s a list of 10 exotic bugs that have made their striking presence known in America.

The South American pinhole borer, Euplatypus parallelus, is one of the most widely spread and destructive exotic bugs existing. They are responsible for invading forests worldwide, causing damage by attacking broadleaf trees and conifers, boring deep inside of the wood, and injecting fungal symbionts. This species is native to the Neotropical Region and accumulates infested forests in 50 countries. By invading healthy plants and compromising their physiology, these pests increase the damaged tree’s vulnerability to phytopathogens attacks. It is estimated that over 70 species of trees are harmed by Euplatypus parallelus, accounting for almost 25 botanical families.

Once this invasive species invades ash trees, death is imminent, which tends to occur around 5 years post initial infestation. They initiate the attack on the upper trunk and lower portions of the main branches then proceed to the lower portions over the years.  To learn more about beetles, here’s an article that outlines 10 shiny green beetles.

Hessian flies were classified as high-priority pest threats to Australian grains, among other 54 animals, in a review with 600 exotic pests. Scientifically called Mayetiola destructor, this insect, about 2 – 4 mm long is known for damaging wheat and other winter cereals, such as rye, barley, and triticale. Not surprisingly, the hessian fly is also called the barley midge.

The fly does not cause damage to small grains, but the feeding habit of the maggot or larvae causes injury to plants, which weakens the stems. It is thought that this exotic bug came from Asia and spread to Europe, North America, and the North and South Islands of New Zealand.

Japanese beetles are 8-12 mm long insects, with metallic green bodies and metallic bronze or coppery-brown elytra. They were introduced from Japan around 1916 and have come to be considered a dangerous agricultural, and ornamental pest (they love roses). As adults, they consume foliage from different types of trees, grasses, and shrubs.

A swarm of this exotic bug can be responsible for destroying a peach tree in 15 minutes, leaving only empty branches and fruit pits. A dense infestation can consume all the leaf matter of a plant. As a result of their damage, great effort has been exerted to decrease their population, such as the introduction of natural predators.

This pest, scientifically known as Solenopsis invicta, is native to South America and was accidentally introduced into the United States around the 1930s, probably in soil used for ship’s ballasts.

Fire ants tend to build nests in sunny and open areas, and represent a great danger to vegetation, especially if their colonies are numerous. This exotic bug also represents a danger to humans directly. Their sting causes instant and tremendous pain, as well as irritation and itching that can last for days.

Thought to have originated in Europe, the European Corn Borer has spread to Canada, the United States, northern Africa, and other localities. It is a harmful pest of sweet and grain corn. Young larvae feed on tassels and whorl, sometimes on silk, kernels, and cobs.

The presence of one or two of them is tolerable, but larvae within the ear of sweet corns are unacceptable and the major concern of commercial growers. This exotic bug is the most harmful pest of sweet corn in the northern production area.

This insect is known for the damage it causes to leaves and flowers of wheat and barley, but mostly for the toxins it injects into the plants, which leads to their yellowing and weakness.

It is a minor pest for other insects and an important vector for viruses, such as barley yellow dwarf, brome mosaic, and barley stripe mosaic. With a light green body and a distinguishing double tail, this exotic bug from Russia is one of the world’s most economically important and invasive pests that were quickly spread to other regions in Europe, Africa, North America, and South America.

Are you interested in learning how to deal with aphids in your garden? Check out what organic options are there to consider. You may also want to look into the biological control of aphids.

The Asian tiger mosquito is an exotic bug from Asia that arrived in the Western Hemisphere with international trade in used tires. It is known to spread deadly diseases, such as the Ross River virus, dengue, chikungunya virus, and yellow fever.

With its ability to spread highly dangerous viruses, the Asian tiger mosquito (so-called due to the white strips on its body) became a major pest and a threat to the public health of the affected countries.

Different from the other exotic bugs previously mentioned, the multi-colored Asian lady beetle represents a positive role in the control of insect pests. Scientifically called Harmonia axyridis, they were introduced into other countries for the biological control of arthropods, and accidentally into the United States.

Although they perform well when it comes to biological relations, a large aggregation of them can be irritating for homeowners. With the onset of cold weather and scarcity of prey, they start to look for overwintering sites and may enter houses in large numbers, through cracks, crevices, and other small openings.

The Spotted Lanternfly,  Lycorma delicatula, is an exotic bug native to Vietnam, India, and China, and it is thought to have arrived in North America as egg masses on a stone shipment.

This plant pest is known for feeding on a variety of tree species, such as apples, hops, and peaches, and for moving in residential areas to feed on black cherry, tulip poplar, and maples. Their ‘host list’ is incredibly large, but the Tree of Heaven is the one they are most attracted to. This tree is commonly found in Australian urban areas, which makes it easier for their incursion at these locations.

However, they were proved difficult to contain and are responsible for many infestations in different states in the United States.

Most of the exotic bugs mentioned are extremely damaging to the local biodiversity, and they cause an environmental imbalance by destroying habitats of other important animals and feeding on prey destined for local species.

They are also vectors of several dangerous diseases, which can cause health challenges for the populace. Awareness of how they impact us and the environment is extremely important, as this forearms us to deal with these invasive insects.