Home
Beetles
How to Get Rid of Japanese Beetles on Roses 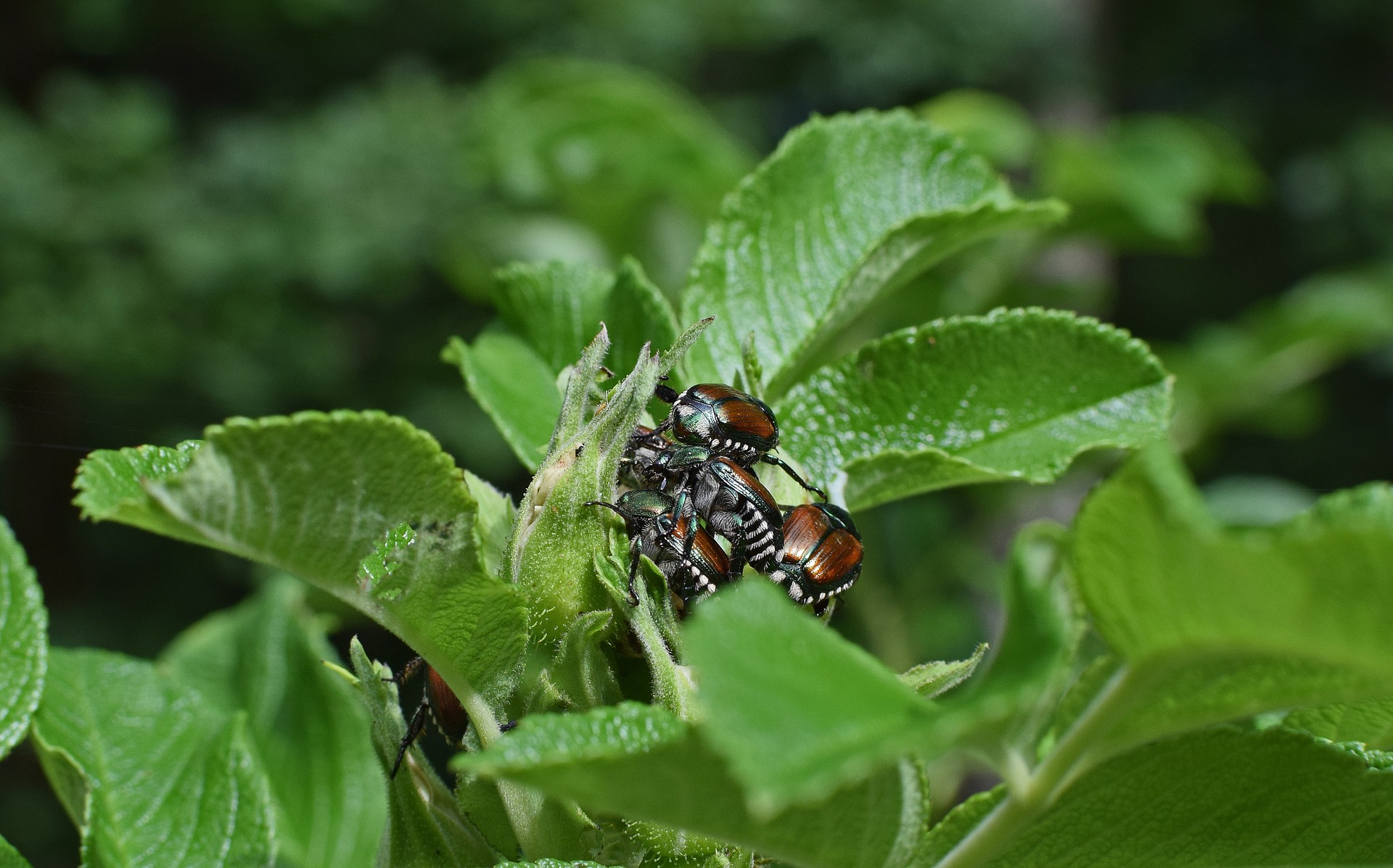 Are you looking to learn how to get rid of Japanese beetles on roses? These 7 effective suggestions will help you reclaim your garden’s beauty.

Are you tired of having your rose ornaments destroyed every year because of Japanese beetles? Are you looking for quick, simple ways to protect your ornaments without causing them damage?

Every year, Japanese beetles come out in hordes to feed on your beautiful rose plants and, immediately after, desecrate your garden by mating. It’s not uncommon to find them in clusters, one stacked on the other, only to later give birth to grubs that are damaging to turfgrass.

Japanese beetles are dangerous because they are voracious feeders and will destroy the aesthetics of your garden in no time. If you’ve had enough of watching your garden turn ugly, these tips on how to get rid of Japanese beetles on roses will be of immense help.

How to Get Rid of Japanese Beetles on Roses

Before delving into the heart of things, you must be committed to the process. Don’t just try one of the methods in this article on how to get rid of Japanese beetles on roses, and then let your hands drop. In the same way, if you’ve tried a suggestion and it works, keep at it constantly.

Let’s dive into the recommendations on how to get rid of Japanese beetles on roses.

You won’t have to wonder if a Japanese beetle infestation is on hand; it’ll be obvious. As soon as they begin to swarm your garden, start picking them off and crushing them. This method is effective if your roses aren’t badly infested.

Japanese beetles don’t bite, so don’t be scared about picking them off. If you’re skeptical, round up a pair of gloves and get down to business. When you’ve picked off Japanese beetles, ensure to proceed to the next step, especially if crushing them isn’t something you wish to do.

Remember, this method on how to get rid of Japanese beetles on roses will only be effective when the infestation is light.

We’ll talk a bit more about what you can do when their numbers are overwhelming.

Immediately after picking off Japanese beetles from your roses, pitch them into a container of soapy water.

This solution is easy to prepare. Simply add liquid soap to a container of water. If you don’t have liquid soap, get handy with any detergent you can find at home. Once you’ve picked off Japanese beetles from your roses, throw into the soapy container to kill them.

Are you against handpicking? Simply shake the stem of your roses while your container is placed underneath to collect falling Japanese beetles.

Some Japanese beetles will likely fly away, but don’t allow that to deter you.

3. Cover Your Roses with Fine Netting

Covering your roses with fine netting to get rid of Japanese beetles on roses is more of a preventative method. Once you can hinder these bugs from latching on to your roses, the damage will be minimal. Different types of material can be used to cover your precious roses, but it’s best to get something breathable. You don’t want to choke them.

Fine netting can be purchased from various local stores, but if you don’t feel like going out, you can order one online.

While using fine netting has its perks, be mindful that beneficial insects like bees may be prevented from pollinating your plants.

An easy way to get more done using a hand vacuum is to get your kids involved. They will love it!

If you’re looking for another way to get rid of Japanese beetles on roses, an insecticidal soap is an option that works. You’re only required to spray your roses and that’s that.

A lot of these insecticides are made using special formulations, sometimes derived from plants, to get rid of Japanese beetles. Natural Guard Spinosad Soap and Garden Safe Brand Insecticidal Soap Insect Killer are effective spray options you can consider using, but there are other options available on the market that you can look into.

It’s really a matter of preference and the company you’re willing to support with your hard-earned buck.

Neem oil is a rich pesticide that not only kills insects after they’ve consumed foliage sprayed with the substance, but its strong scent acts as a repellent.

Spraying neem-based insecticides in your garden doesn’t harm your roses. You can use Safer Brand Neem Oil Spray, or simply buy organic neem oil and add to a spray bottle with water.

Another way to get rid of Japanese beetles on roses is to use Japanese beetle traps like Spectracide Bag-A-Bug Japanese Beetle Trap. Like any other pest control method, traps and lures have their cons. The major con with this trap is that it has to be installed with care to produce results.

If you’re using Japanese beetle traps, it’s best to place them at least 50 feet away from your rose garden (or anything you wish to protect). Don’t install these traps and lures in your actual garden; this is counterproductive.

You want to lead them away from your precious ornaments. It’s also best to setup several traps and not just one.

While it takes effort and a bit of patience to get rid of Japanese beetles on your roses, it’s possible to get done. Keep at it. Remember, results will largely depend on the method used when compared to the seriousness of an infestation.

To effectively get rid of Japanese beetles on roses when there’s an overwhelming infestation, you may need to use several different methods at the same time.

Did you know that the Japanese beetle is oftentimes confused with another green-colored beetle? Find out which beetle that is by reading this article.

If you’ve enjoyed reading this article on how to get rid of Japanese beetles on roses and found it beneficial to your situation, don’t forget to share.

Sharing our content with friends and family helps to keep the lights going so that we can continue to help you deal with simple and serious pest problems at home. As usual, we welcome any questions you may have. Please make use of the comments section below. 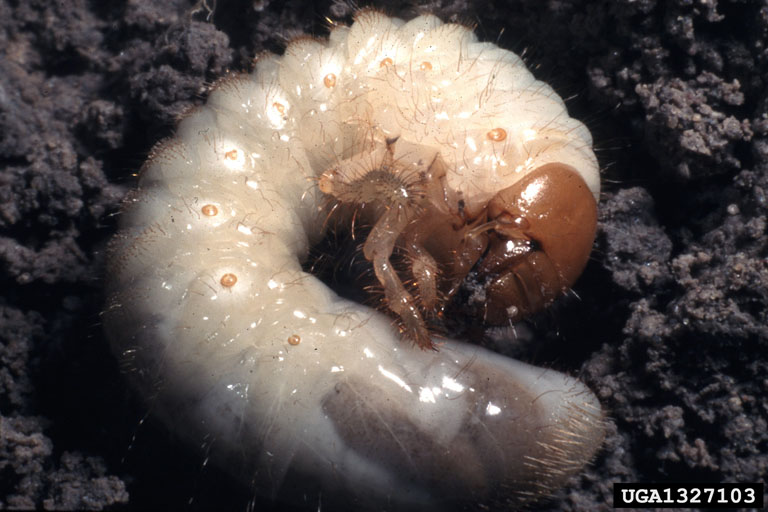 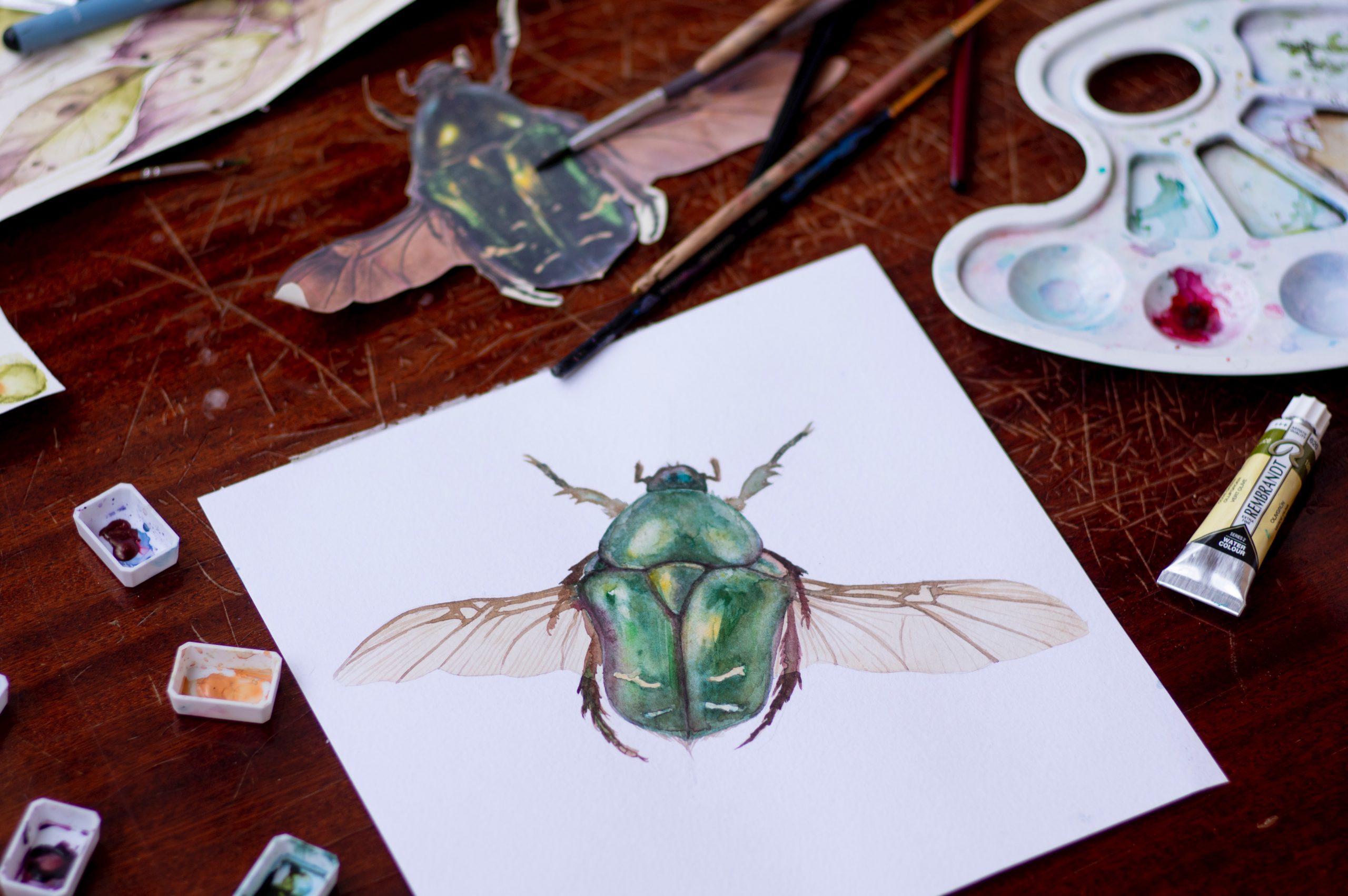 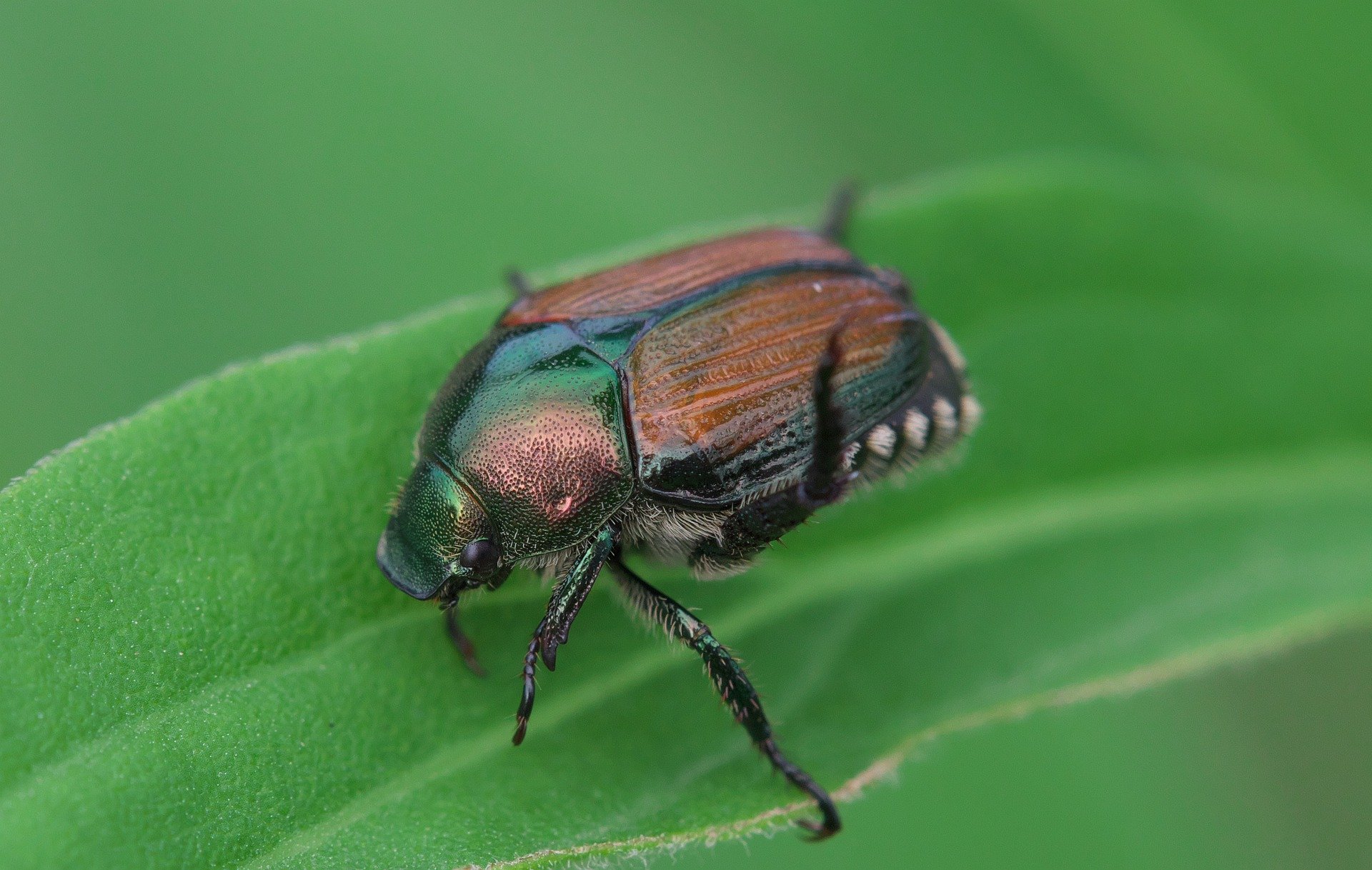 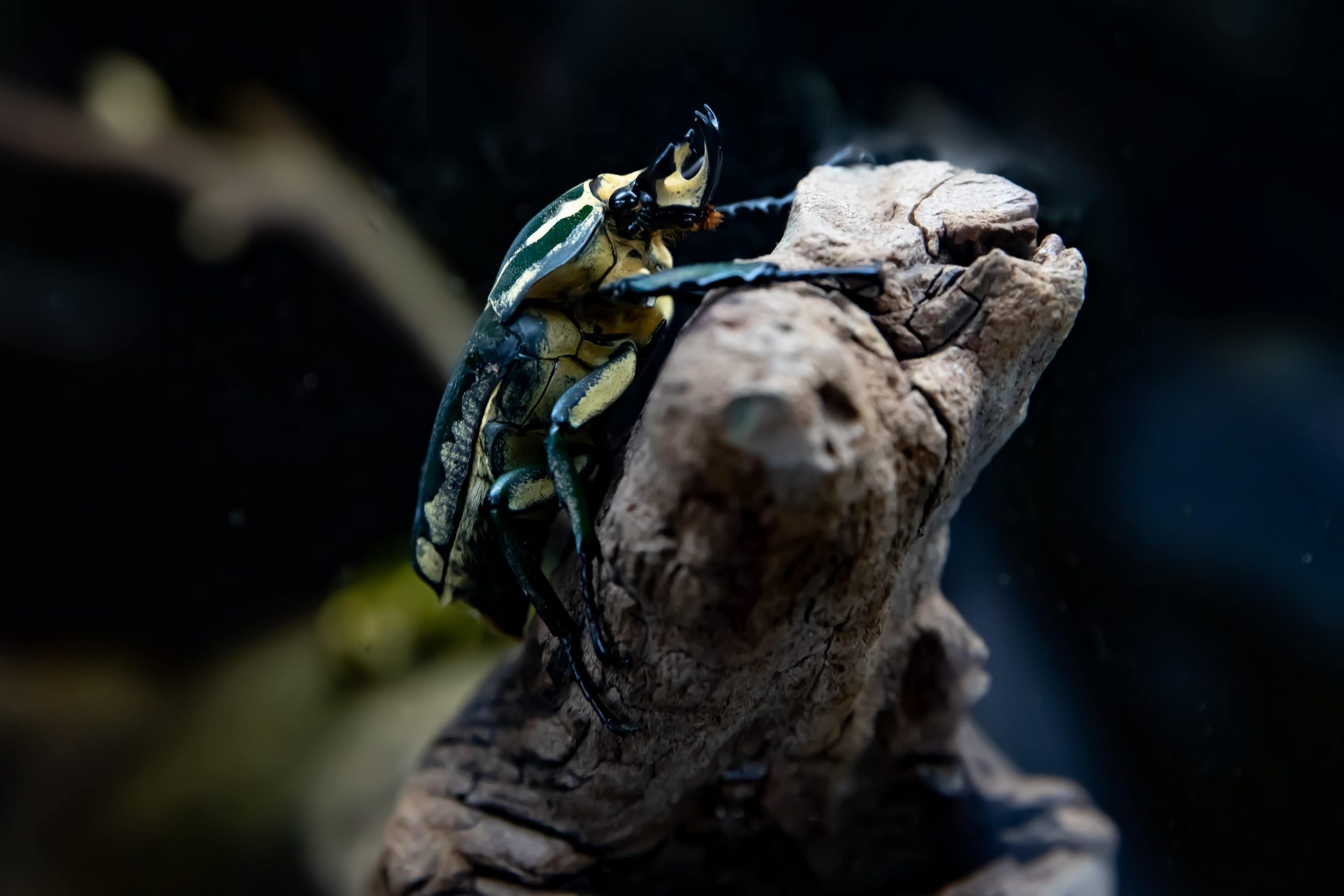